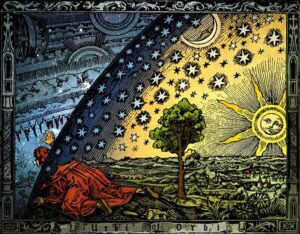 Esoteric knowledge is intended for a small group of people, based on specialized interest or knowledge. It is confidential or private. This could include such benign info as RBI stats in baseball, or how best to replace a leaking faucet. However, most people use it to refer to what is commonly known as “Western Esotericism”. This school of thought groups a wide range of loosely related ideas and movements. They often include Judeo-Christian religion and Enlightenment rationalism. Examples include Gnosticism, Hermeticism, Kabbalah, or Neo-Platonism.

Occult knowledge is hidden or concealed. It is usually seen as magical, mystical or supernatural beliefs that are outside of religion and science. Occultism is often used to categorize such esoteric traditions as Spiritualism, Theosophy, Anthroposophy, Wicca, Voodoo, or “Golden Dawn”.

Would something as common as the Christian sacrament of eucharist (Holy Communion) be considered occult or esoteric? It would depend whether or not the participant believes that the ceremony would symbolically or physically turn the wine into blood and the bread into human flesh. If it is symbolic then the eucharist would be esoteric, but if it would be physical, then it would be occult.