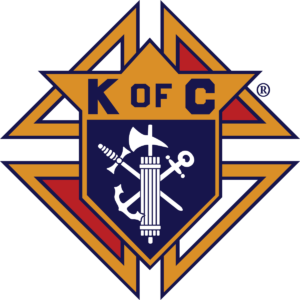 Many people wonder if the “Knights of Columbus” are associated with freemasonry. The short answer is no. The Knights are exclusively a Roman Catholic organization that requires that all members must also belong to the Catholic Church. They are an official organization that is endorsed by the Vatican. This organization was founded in 1882, 165 years after the first freemason grand lodge was founded.

The goals of this organization are to make good men better men and to organize and support charitable causes. These goals are the same as those of freemasonary. The biggest difference is that the Knights only allow Roman Catholics to join, while Freemasonry is open to all religions.

One can speculate that due to the anti-masonic fervor by the Catholic Church, and the continued demand for fraternal organizations by the public at large, that the Church saw a need to create this substitute.

In general freemasons and the Knights of Columbus respect each other and are even friends on a personal level. However, due to the obligations that both masons and knights take, neither is allowed to discuss specific details of their rituals and traditions with the other. Nor are they allowed to participate in any official lodge meetings of the other organization.