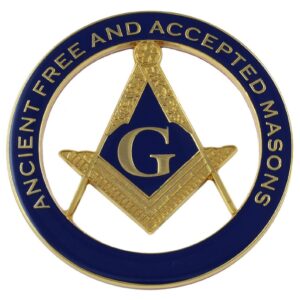 In the USA each state has one Grand Lodge for all regular, main-stream masonic lodges. Depending on historical connections these Grand Lodges can be either AF&AM or F&AM. It is not possible to have both in the same Grand Lodge jurisdiction. In Texas the Grand Lodge is AF&AM, and therefore all of its constituent lodges are therefore also AF&AM lodges.

In reality the differences are minimal. Since Grand Lodges of both types share mutual recognition and all are based on the foundational landmarks, either type is considered mainstream, regular freemasonry. The only minor differences are in the officer titles and the ritual performed within the lodge functions themselves, and are an interesting curiosity to the traveling mason. These differences can be compared to regional dialects or customs for the average citizen. They are what makes traveling interesting.

The historical origin for these two types of lodges stems back to the schism in England between the Antients and the Moderns. Between 1751 and 1813 there were two Grand Lodges in England that competed for primacy. The Moderns were the first Grand Lodge that was established in 1717. The Ancients were formed in 1751 due to a disagreement about ritual. Eventually these two competing Grand Lodges were joined back together into one single body. However, meanwhile two different forms of masonry were started. The Moderns became F&AM, and the Ancients became AF&AM.