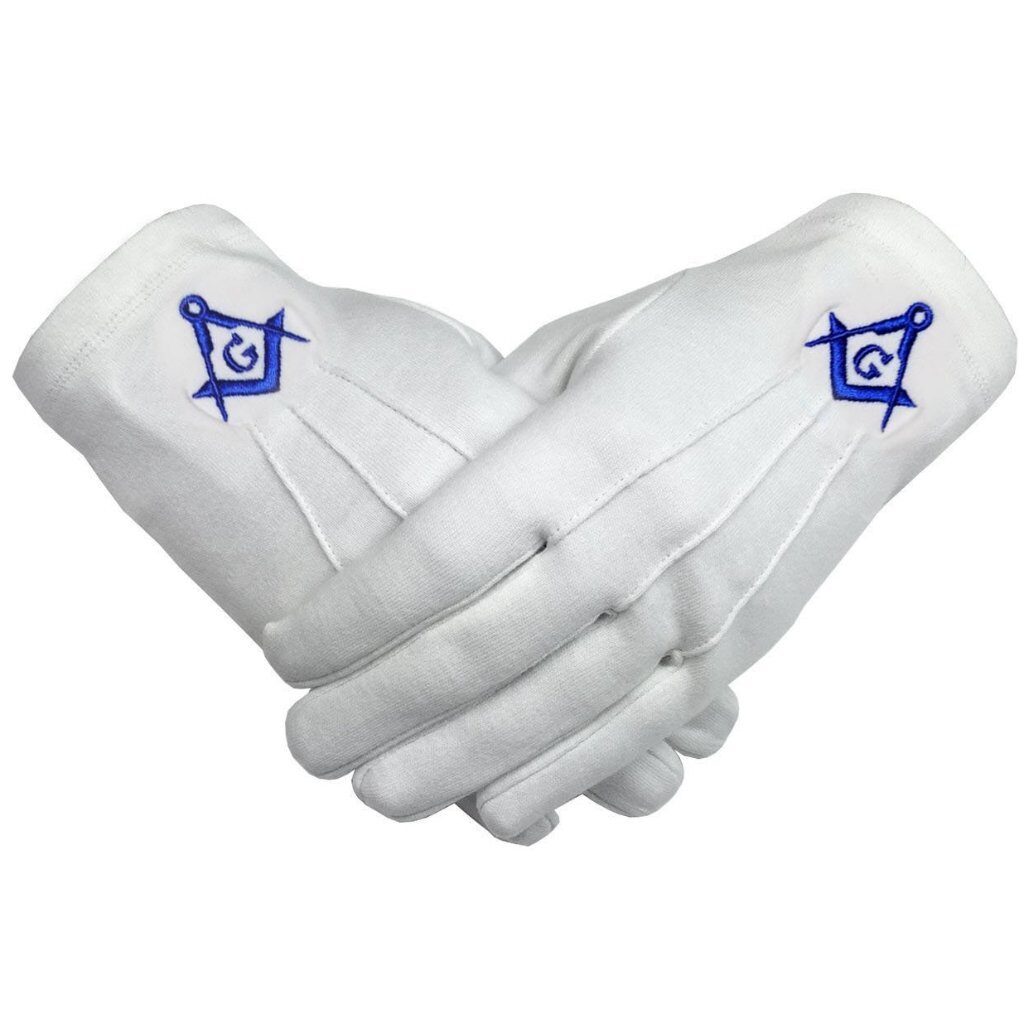 Why do Masons wear white gloves? This question leads to a lot of symbolism, a lot of which most Masons might not be aware of either. At first glance the gloves might appear to be very elitist and snobbish. However, instead of being a source of separation where the wearer uses them to indicate a higher station in life, Masonic gloves are intended to do the opposite.

Freemasons are a fraternity that invites men from all walks of life. The ranks include physical laborers such as farmers, car mechanics and construction workers, as well as white color jobs such as bankers, teachers, entrepreneurs and scientists. Freemasonry teaches us that it is the internal and not the external qualities that make a Mason. By wearing gloves it disguises whether or not the hands of a particular brother might be smooth or rough. The brethren strive for brotherly love and equality.

It also adds a certain atmosphere of dignity and decorum.

The color white itself symbolizes innocence and purity of heart and mind. It reminds the Masons to always do what is moral and right.

“The first recorded evidence of white gloves being worn by a freemason comes from the
records of the Kilwinning Lodge in Ayrshire, Scotland of January 15, 1599. Still presented to new initiates in England, they are accompanied with the explanation that the white of the gloves represents innocence and purity, symbolically denoting a purity of action, rectitude of conduct, and a never-ending argument for higher thoughts, nobler deeds, and greater achievements.”

In early Christian churches the clergy wore gloves to indicate that their hands were clean and devoid of bribery. To this day the pope and his dignitaries still wear white gloves during official ceremonies of the Roman Catholic Church.

The washing of hands as a ritual of purification has a long tradition and can be found as far back as ancient Greece in the story of Midas and the golden touch. Where Dionysus orders King Midas to wash his hands in the river Pactolus to reverse the curse. The white gloves are a symbolic representation of such a purification.