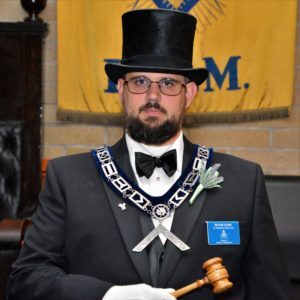 Why do Freemasons call the highest ranking officer of the lodge: “Worshipful Master”?

In ancient times, the word “Worshipful” meant “Respected”. Because a single Master Mason is elected by the members to lead them, he is given the title Worshipful Master to indicate that he is a respected Master Mason. He wears a hat to signify his position. No other mason is allowed to wear a hat besides him. This is done out of respect for his position.

“In the 1500’s such a title meant honorable and reputable; applying to a person who was distinguished in regard to character or rank; entitled to honor and respect. By the 1700’s, to call a man worshipful was an honorific and often temporary designation; applying to persons or bodies of distinguished rank or importance. When the title worshipful became attached to the word master, the two together denoted a man of great honor, integrity and learning who also had control or authority over something or someone.”
Robert G. Davis 33* GC