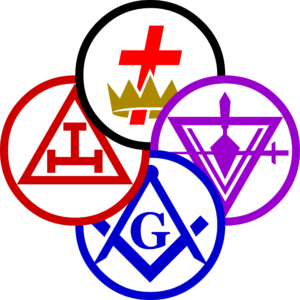 The York Rite is one of the appendant bodies of Freemasonry that a Master Mason may join to further his knowledge of Freemasonry. But the York Rite is not found as a single system worldwide, and outside of the United States there are often significant differences in ritual, as well as organization. However, in most cases, provided that the Grand Body in question regards the parent “Craft” jurisdiction as regular, each distinct Order has recognised fraternal inter-relations with the respective Grand Body within the York system.

The York Rite (sometimes referred to as the American Rite, since it is unknown in York, England) is one of several Rites of Freemasonry. A Rite is a series of progressive degrees that are conferred by various Masonic organizations or bodies, each of which operates under the control of its own central authority. The York Rite specifically is a collection of separate Masonic Bodies and associated Degrees that would otherwise operate independently. The three primary bodies in the York Rite are the Chapter of Royal Arch Masons, Council of Royal & Select Masters or Council of Cryptic Masons, and the Commandery of Knights Templar, each of which are governed independently but are all considered to be a part of the York Rite. There are also other organizations that are considered to be directly associated with the York Rite, or require York Rite membership to join such as the York Rite Sovereign College but in general the York Rite is considered to be made up of the aforementioned three. The Rite’s name is derived from the city of York, where, according to one Masonic legend, the first meetings of Masons in England took place.